You Need More Than A Name 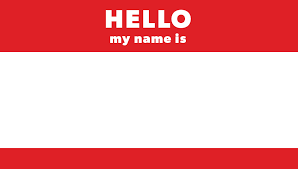 When you hear the name Amelia Earhart there is only one thing that comes to mind.  As the first woman to ever attempt a flight around the world, her name is now synonymous with blazing a trail for female pilots.  Did you know though that Amelia Earhart is still alive?  Amelia Rose Earhart indeed lives, and every day she is asked about her famous name.  When her parents, who obviously already had the last name, decided to name her after one of the most famous women ever they did that in part to hopefully inspire her to do something just as great.

It worked.  In 2014 she became one of less than 30 women ever to pilot an airplane around the world.  Her landing completed the journey her namesake did not.  However, it wasn't just the name that allowed her to accomplish this incredible feat.  This is the thought we give to you today.  Yes, franchising gives you a name.  However, it is ultimately up to you to do what is necessary to connect that name to the potential it holds.

She may have possessed the inspiration necessary simply by being called Amelia Earhart, but that wasn't enough to actually navigate the enormous challenges involved in such a flight.  Taking a step back from even that, there was a tremendous amount of work to even become a pilot.  Moving on from that pre-requisite, such a flight also took more than two years to plan, was riddled with setbacks and required her to find/build a support team to help her do what she couldn't do alone.  That does not even take into account the many people who simply dismissed her effort as not possible.  Even then, there was also no guarantee of success whatever.  If that doesn't sound familiar, it should because franchising or business ownership in general has often been described in the exact same way.

Franchising is a great path to business ownership and certainly can offer you a little bit of recognition through a known brand.  If you think that is the only thing needed to succeed though, it is really not the right path for you.  Ultimately it's what you are willing to do with the advantage that determines what's possible.  To quote the current Amelia Earhart, "Get out of the cabin and slide into the pilot's seat of your life.  You are now in charge of where your flight is headed."