The Attributes of a Successful Franchisee 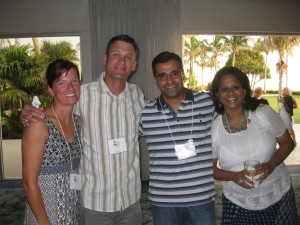 Persistence, resilience, tolerance for risk, and courage are all qualities you need to be a successful business owner, or in our case, a franchisee. The reality is that you need all of these, but which is most important?  A survey of our JumpBunch franchisees revealed opinions that broke out in the following way.

Persistence is simply the will to keep moving forward.  As a business owner you have no shortage of things that could deter you from this.  Early on it can feel like running into a 4o mile an hour wind, but once you turn that corner the resistance can seemingly disappear.  With persistence it is not a question of if you will reach that point, only when.

To quote the iconic Rocky Balboa, "It's not about how many times you get knocked down.  All that matters is how many times you get back up."  You will be told no, be thrown curve balls you never saw coming, and generally have moments that bend you to the breaking point as a business owner.  Yet, you will not break...if that resilience is intact.

At its core, owning a franchise is simply taking control of your right to fail.  Many people like the thought of being their own boss, but they just can't take ownership of the possibility of failure.  Buying a franchise is safer than starting from scratch only in the fact that you have a blueprint to work with and support along the way.  Failure to recognize, or better yet, acknowledge, that the risk is still there is a critical error.  There are no guarantees, and you must be okay with that.

There are a lot more than four things that ultimately determine your success as a franchisee or business owner.  We understand there are a lot of questions, and "discovery" is as much about learning who you are as it is learning who we are.  To get that conversation started, use this link to engage with us. http://jumpbunchfranchise.com/contact-us/