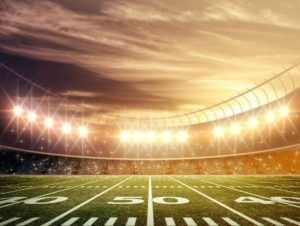 As a football fan, and more specifically an Atlanta Falcons fan, I have recent and heart breaking experience with halftime adjustments.  Problem was, the adjustments were made to beat my team that seemingly had things locked up.  The New England Patriots went into halftime last January with dimming chances to be Super Bowl champions two quarters later.  However, at the end of those two quarters they were indeed champions yet again.  For that to have happened, the team had to make adjustments to a direction that was not headed towards what they all wanted.  Those adjustments certainly would have included things they were doing that needed to stop and things they weren't doing that needed to start.

It's now halftime for 2017.  By reading this you are likely considering some adjustments yourself.  This is an ideal time to think back to what you wanted out of this year when it began back in January.  What is the score on that?  Regardless, what can you do now to give yourself the opportunity to move closer to getting what you wanted?  You are only at the half way point.  If you have done nothing or very little then you have to act if you want to be in a different place six months from now.  If you have already acted and given yourself a strong position at this midway point, the Falcons would tell you it is not enough.  Don't just head to the locker room with a lead.  That only means you started strong, when the real goal is to finish!

The clock on the second half of 2017 has actually already starting ticking.  Whatever you want by the end of it, you must act to move closer.  Get more information about that potential new business, talk to people who might give you more insight, run the numbers, and simply be honest with yourself about what you are willing to do to be happier about what you are doing.

If JumpBunch is one of those things you'd like to act on, click here for "an adjustment" opportunity to learn more.