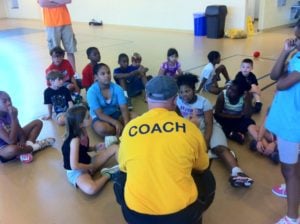 If you are a sports fan then you’ll likely agree that one of the best times of the year is Spring March madness in basketball. It is during this time that we often get to know the head coaches that live and die by the teams they put on the court. I picture the locker room celebration by Roy Williams after the University of North Carolina took home the men’s crown. There’s a reason you see the same names consistently bringing different teams to compete among the best in any given year. The best of the best when it comes to coaches may very well have great skills and game plan mastery, but the real difference is in their ability to recruit. Not once, but forever.

The greatest coaches in the world can only take so much time to bask in the glory of winning a title, or even completing the season with a winning record. Their real work is year round and mostly outside of the game itself. It’s all about tomorrow, and you have already lost if you wait until today to start thinking about that. Do you think there is coach out there who looks at their starting line up now and says, “I’m good…don’t think I’m gonna go visit that 5 star recruit.” Your greatest mistake in business is to think that your team is any different regardless of what you do or sell. You may have a great team now, but you will not have them forever.

Here are a few “steals” from the world of college basketball coaches that apply to business owners when it comes to hiring. If you prefer a college football analogy instead, the same applies so think of it that way.